We’re counting down towards release of Change of Season.  While you patiently await the book, I’ll be posting a few character profiles for you to take in and absorb.  Check back regularly for new teasers.

If you missed the profile on Veronica, be sure to flip back for it!  Up next, one of the sassiest characters I’ve created… 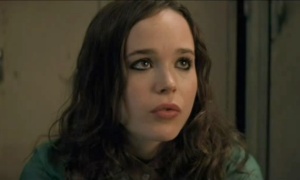 Miraj, as she prefers to be called, met Autumn by chance, their paths crossing as each ditched her respective classes for the day and wandered downtown.  Miraj came to Autumn’s aid when two men harassed her, sending them fleeing with her vicious words and stern gaze.

Miraj is Autumn’s protector, an unofficial bodyguard who strives to pull Autumn from her shell and remind her of what it is to be free, to have fun and never worry about the consequences.  Having grown up in a difficult home situation, Miraj moves out and leaves the city, finding work in a diner.  She is a confidante and akin to Jiminy Cricket, pushing Autumn towards a path that will help her heal and encouraging her when she’s at her lowest.  A proponent of brutal honesty, she seldom sugarcoats anything, but she loves deeply beneath the abrasive tone and aloofness.

Choice Quote:  “Look at me, babe:  I travel light.  I left home with a backpack.  As much as they’ve put me through, I don’t let it hang on me.  Life is mine to live and enjoy.  You’re spinning in circles, Red.  It’s time to cut a few ties – which means actually going up to those ropes, saying, ‘Hey, what’s up?  Fuck you very much’ and cutting them.  That’s her job, you know?  She’s the scissors.”

A.C. Dillon is an insomnia-driven Canadian author, who enjoys parlaying personal sleeplessness into keeping readers from their own slumber. When not sending a laptop into steaming fits of overworked rage, A.C. can be found listening to an obsessive music collection or watching Empire Records for the 338th time. View more posts